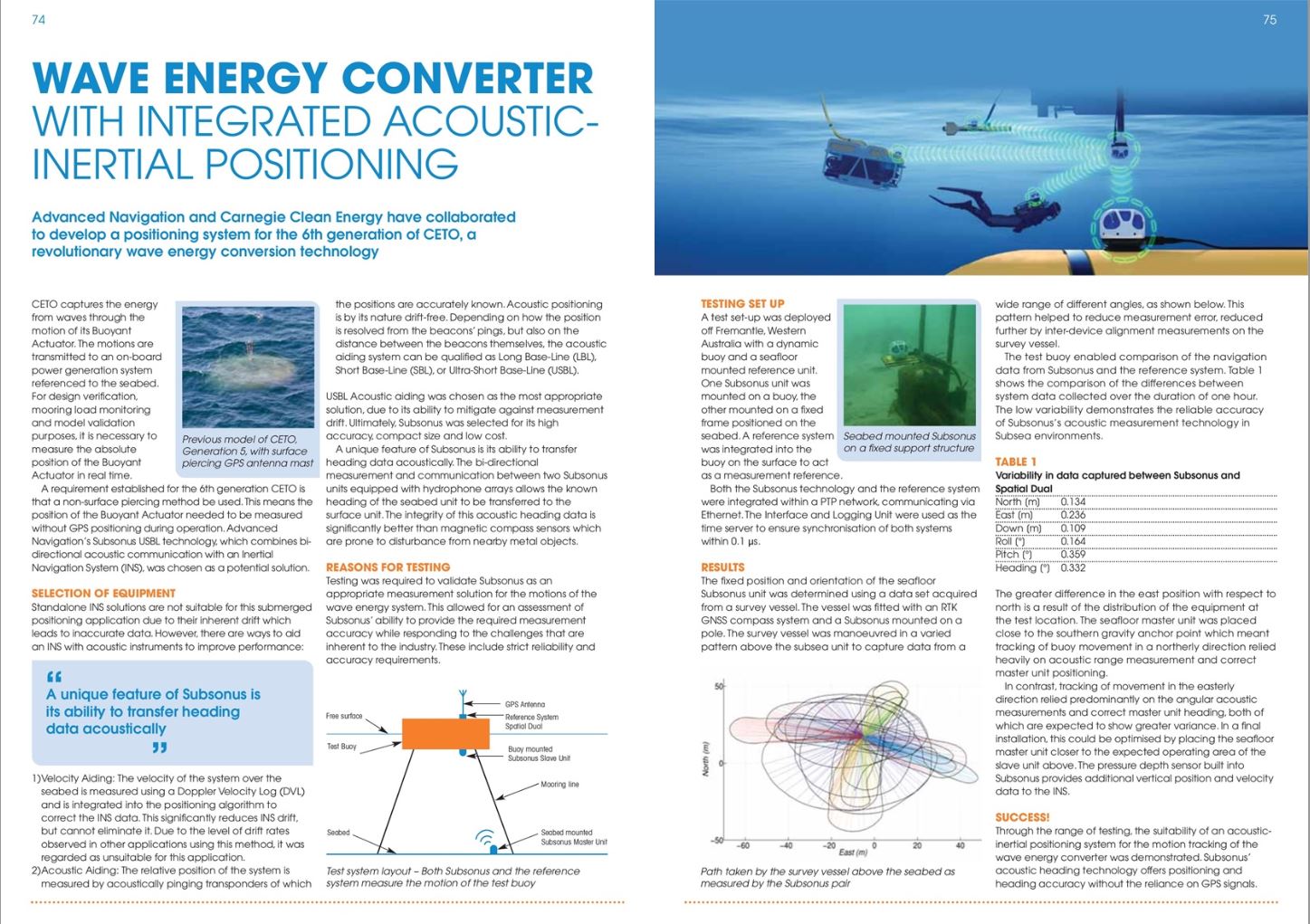 IPP and Navantia commit to digital and industrial challenges!

After the success of the first F-110 Industry day held last July in Ferrol, Navantia will developed the second “F-110 Industry Day”. Within the framework of the F-110 program and digital transformation, Navantia seeks new opportunities in its supply chain in a new collaboration model for the development of the plant and the smart ship throughout its life cycle. discuss new collaboration models for development and smart shipping. 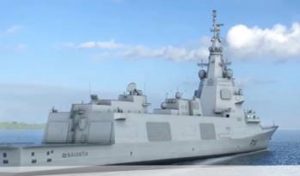 Together with other present IPP customers like Siemens, Lockheed Martin and Indra we are looking forward to keep developing our innovative business!

If you want to discuss how we can help you taking the next steps, do not hesitate to contact us!

Subsonus is a next generation USBL underwater acoustic positioning system that provides high accuracy position, velocity and heading at depths of up to 1000 metres. The system features an industry leading calibrated hydrophone array combined with an internal tightly coupled INS, all packed into a miniature titanium enclosure small enough to fit in the palm of your hand!

IPP & LaserDyne supplied Leonardo for its systems on board

Recently the following ships were launched. On board our Laser Rangefinder. 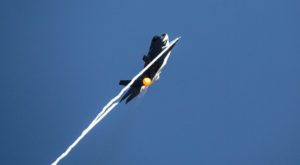 Our customers can continue to count on the high quality of our products and processes.

Cable Harnesses and assemblies for a variety of challenging applications. 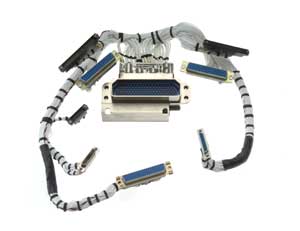 A cable harness is only as reliable as its weakest connection point and with over 25 years of connector design and manufacturing experience, Cristek knows connectors! Cable Harness Assemblies Combining unparalleled connector expertise, over $1 million of cable assembly specific equipment with experienced cable technicians and engineers ensures you can trust Cristek with your most critical harness assembly challenges.

Cristek is there for you from concept through full scale production. Our range of applications experience in satellites, missiles, weapon systems, ground shelters, vehicles, medical devices, and many others, allows us to draw from a tight menu of best practices to yield cost effective designs and repeatable results. When you plug a Cristek assembly into your system it works first time, every time! 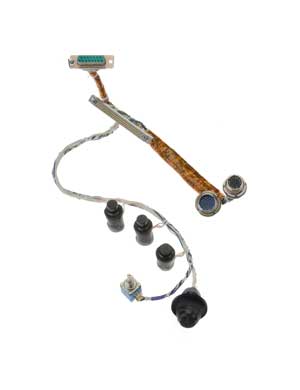 Areas of expertise and capability include:

The engineering experts from IPP and Cole can help you design the rotary switch that meets your specific needs and extreme requirements. 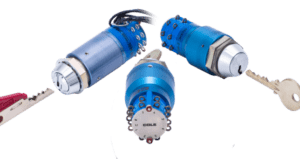 What can we design for you?

Cole’s custom rotary switches provide the highest levels of quality and functionality while meeting all of the customer’s unique needs. Cole rotary switches have been used for decades in high-demanding applications. 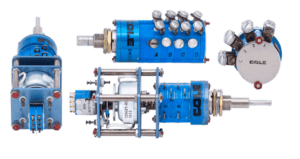 For Aerospace Applications
Provide the highest quality and service life for a wide range of aerospace needs, while ensuring the best possible “feel” for pilots in commercial and military situations.

For Commercial Applications
Using measures that mirror the strictest military standards, Cole produces a switch that offers dependable operation for our customers’ consumers.

For Military Applications
Switches that are able to meet and exceed the strictest Military standards. In harsh environments, when reliability is a matter of life and death. 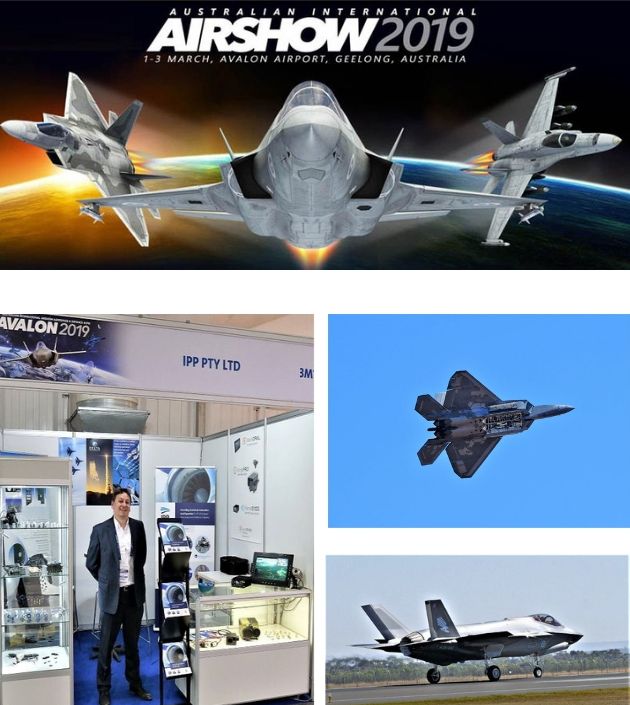 IPP & Paramount Panels (since 1955) deliver exceptional quality products with a fast turnaround. Our dynamic team is customer driven and  support you with new ideas and an excellent customer service.

Originally designed to satisfy the exacting demands of the aerospace industry, Our illuminated panels are now specified for a wide variety of other applications and environments where operational integrity and clarity of presentation are essential requirements. They supply a wide range of illuminated panels generally in accordance with the requirements of MIL-DTL-7788H (Formally SAE AS7788 or MIL-P-7788), type III, IV, V, VI and VII.

The choice of LED’s in a Surface Mount configuration enables panels for Aerospace and Military applications to be manufactured in accordance with the requirements of MIL-DTL-7788 (Formally SAE AS7788) for Type VII panels:

In applications where extended life, reliability or limited power consumption are significant factors, LED’s present a useful alternative to more conventional systems of lighting such as incandescent filament lamps. 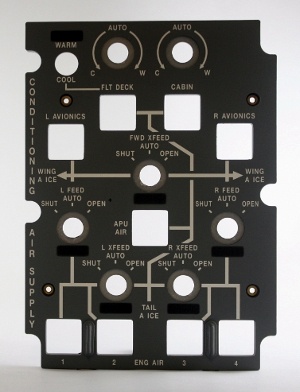 We have gained vast experience in the design and production of tactile switch panels as used in civil and military applications.

We offer NVG (NVIS) compatible options across their entire range of integrally illuminated panels and the majority of their lighting component ranges. Comprehensive facilities are available for the design and manufacture of suitable customised devices when necessary, even to provide a direct replacements. This is very important in cockpit conversions. NVIS & NVG compatible lighting caps to fit other manufactures bases are an example

Paramount has developed the technology and processes to enable the integration of sun-light-readable annunciators/Indicators employing LED’s into their range of illuminated panels. Integral Annunciators/Indicators with Secret Until Lit (Dead-front) legends are available, including options like:

Since IPP started in 1978, the office in The Netherlands had a lot of updates. Due to our growth it was time for a different floor plan and a fresh, modern design.

Below you will find a couple of pictures from the process. We are very proud with our brand new and modern workplace! 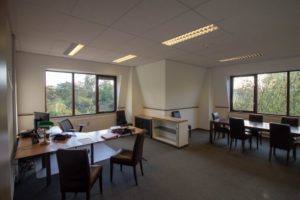 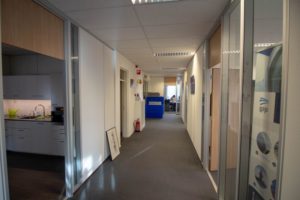 Everything has been stripped 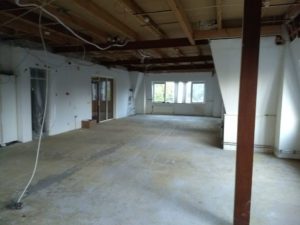 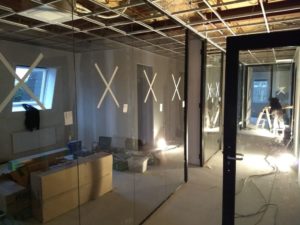 Painted and our logo on the front 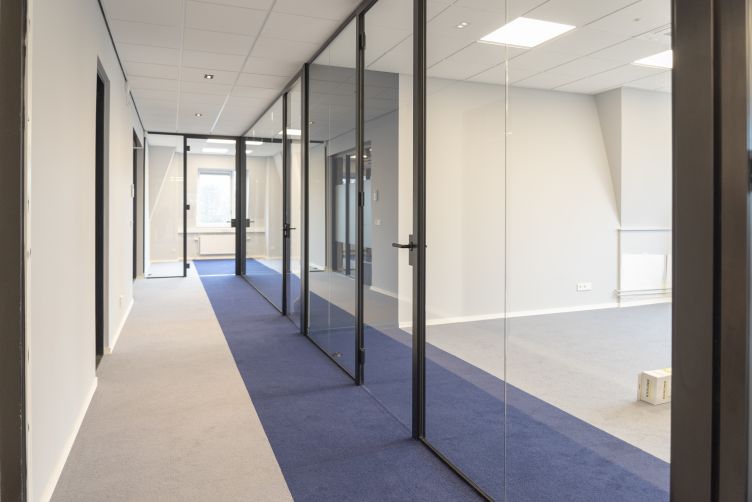